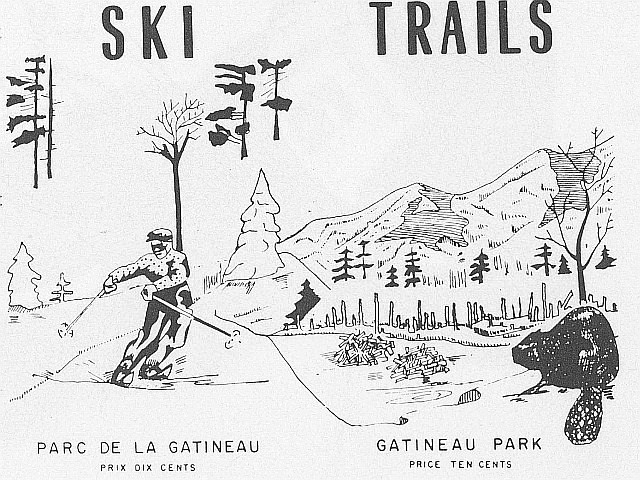 Trails in Gatineau Park are numbered today and a few (i.e. Wolf Trail) have also maintained their names but did you know that many numbered trails have names that are still known to a select few? XC Ottawa helped compile a few of these like Burma and Duldrums. They’ve missed a few but it’s definitely a great start for someone interested in learning about Gatineau Park’s history. If you’re interested in old maps, you’re in luck – they have Gatineau Park maps from 1946, 1957 and 1978.

The Gatineau Valley Historical Society maintains a digital archive of the Ottawa Ski Club’s newsletters, providing an amazing glimpse into the early days of skiing in the Outaouais.

Members of XC Ottawa has some awesome crowd sourced info on trail conditions around Ottawa-Gatineau. 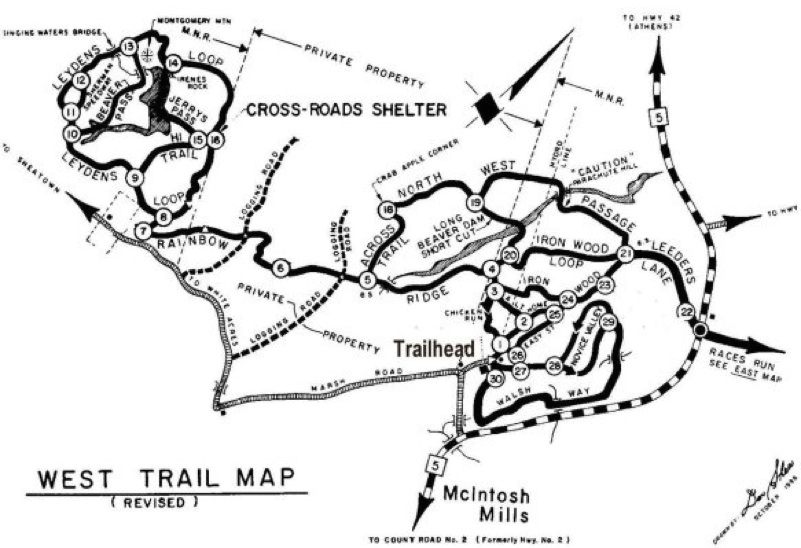 This undevelopped backcountry area near Brockville features 35 km of picturesque trails for beginners, intermediate and expert skiers, including 17 km of machine groomed trails that are maintained entirely by volunteers.

Ontario Parks has ski condition reports for each park with ski trails, including Frontenac and Murphys Point.

While most of the Rideau Trail isn’t groomed for skiing, many parts of it could be skied. The same goes for trails like the K&P and the Cataraqui.

Every year, our members travel for a few days on the P’tit Train du Nord trail in the heart of the Laurentians near Mont-Tremblant. It’s a favourite event for many members! The dates are January 27-29, 2017. Join the RTA to learn more.

Give the Canadian Ski Marathon a try. It’s North America’s longest and oldest Nordic ski tour and unlike most ski events, it is not a race! The CSM takes place in February on a 160km trail that is only groomed once per year between Lachute and Gatineau, Québec. A nice thing is that each skier can select their own level of challenge and try to achieve it. Participants can ski as little as 12 km. Do you have what it takes to be a Coureur de Bois?

The Gatineau Loppet is the biggest international cross-country ski event in Canada. There are classic and freestyle categories between 5 km & 51 km in distance as well as a new fat bike category. In 2016, there were 359 finishers in the 51 km classic category and their times ranged from 2.5 hours to 7 hours!

Did we miss anything? Let us know in the comments below and see you on the trails!